The Gender Pay Gap: How Changing One Belief Can Increase Your Earning Capacity 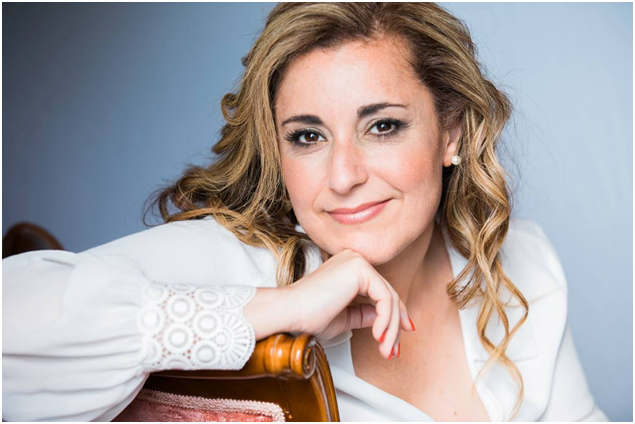 The issue of the gender pay gap may have started when men held most of the leadership roles in businesses and organizations – but is this the only reason that women still make only 76 cents on the dollar of their equivalent male counterparts?

As a successful executive for many years, I never considered myself limited in business because of my gender, let alone limiting my own possibilities with hidden gender-based mindsets.

That began changing a number of years ago, when I left a lucrative role in a global technology company to work as a Director for a start-up company. Additionally, I took on the Vice President (VP) duties while the CEO interviewed to fill the position permanently.

Weeks later, we still did not have a new VP. I called a fellow executive for a referral recommendation and she asked me why I hadn’t interviewed for the job myself.

Before I could stop myself, I said, “Oh no, I’m a Mom. I’m a single Mom.” I followed that with: “I am already working more than 60 hours a week, I don’t want to do more, I want to spend more time with my young kids.”

My friend asked, “Who is doing all of the VP job today?”

Then she asked, “Who is doing your Director job?”

Until then, I had not acknowledged that I had been doing both jobs and was still spending time with my kids. Why then, had I automatically assumed that I couldn’t do it all – even when I was already doing it?

Have you decided you can’t do it all?

Do you tend to underestimate yourself or your abilities, or discount yourself from considering a job, promotion or advancement because you have already decided it conflicts with other priorities, such as the care-giving aspects of your life?

Women will tend to prioritize care-giving first, but then automatically assume they have to sacrifice something (like the job or the money they really want) in order to keep those priorities.

These are the exact kinds of thoughts and beliefs that come from our gender-based upbringing – and we use them unconsciously to perpetuate the pay gap.

Once I acknowledged I had more than enough ability and time to do the VP role, I spoke to the CEO and asked for the job. His response was: “Great idea – why didn’t you think of it sooner?”

Part of closing the pay gap is realizing that you can have what you desire – and the next step is being willing to ask for it.

Spend time educating yourself on your value.

Women have skills they take for granted or don’t value enough because they do them so easily. Stop judging your personal value and educate yourself on what your skills are worth in the current market.

Research on the internet, talk to recruiters and people already in those jobs.  Not only will you be better informed, but you could make some invaluable connections, too!

You could even interview for other jobs, just to see what else is out there. You don’t have to take the job, but you can learn a lot from going, asking questions and exploring other opportunities.

Are you willing to have it all – including the money?

Now you know that you can do it all, and what it’s worth – but are you willing to have it all – including the money?

Many women will prioritize jobs that provide them the flexibility with their care-giving responsibilities – and focus less on the amount of money they get paid. This means that they’ll generally accept an initial salary offer, whereas a much larger number of men will negotiate for a higher salary from day one, regardless of their abilities or skills to do the job, or their care-giving requirements outside of work.

When I took the Vice President job, I did not ask for the appropriate salary straight away.  I told myself, “It’s a start-up, we don’t have the money, I will give them a grace period.”

I later realized that if the CEO had hired someone new, he would have had to pay them the correct salary and commissions the minute they started. All my point of view had done was exclude me from having the money sooner that demonstrated the value I was bringing to the organization!

Allow yourself to consider how much money you would really like to have – and then be willing to ask for it.

What’s the worst that could happen?  They say no? They say yes? Or they come back with a counter offer or package that might work better for you?

Are you the Conscious Leader of your life?

If we truly desire to change the gender pay gap forever, we have to be willing to take the lead and not exclude ourselves. We must consciously challenge where we create the gender gap with our own beliefs and choices – and lead ourselves in a new direction.

A conscious leader will do whatever it takes to pursue what works for them.  They recognize that if they don’t, no one else will do it for them.

Do not wait for others to recognize your value or offer the money you desire first. Do not assume that you cannot have what you want. Choose it, ask for it, and close that pay gap!

Article was published on CommPRO.biz

About the Author: Laleh Hancock, founder and CEO of Belapemo, is a transformational facilitator and business coach with more than 25 years of experience building companies and individuals that win. Whether partnering with a Fortune 500 company or a stay home mom, Laleh is dedicated empowering people and organizations of all ages and stages to grow and expand. As a Certified Facilitator for Access Consciousness, Laleh facilitates specialty classes including a Right Riches for You, a specialty program of Access Consciousness. She meets people where they are and provides practical tools to empower people to create more joy, ease, and infinite possibilities in their lives. Laleh served on the Governor’s Maryland Caregivers Support Coordinating Council for four years.